"When she walks through century-old cemeteries, J’aime Rubio doesn’t need any psychic abilities to hear the voices of the dead. The genealogist and archival researcher has a different connection to the faded names chiseled on headstones, one that involves seeking out the universal glimpses of humanity that have been lost as tales vanish into the past. Now, with the release of Rubio’s second nonfiction book, “Stories of the Forgotten: Infamous, Famous and Unremembered,” she hopes to give voices back to a few of the departed.

Some of the book’s most compelling narratives involve the history of Amador County. Rubio started to earn a reputation as a writer about seven years ago with her history blog “Dreaming Casually.” The granddaughter of a Southern California newspaperman, Rubio became a history detective of sorts as she cut through the fog of urban legends and local myths by re-examining their lure through verified documentation. Much of her earliest work studied the history of Preston Castle. When late Amador County historian Larry Cenotto started to follow Rubio’s career, he strongly encouraged her to compile the best of her writing in a book. This led to the release of Rubio’s 2012 nonfiction debut “Behind the Walls: A Historical Expose on Preston School of Industry.”

Once the book was out, Rubio began to look for new inspiration as she strolled through some of Northern California’s oldest cemeteries. Rubio has a passion for Victorian funerary art and the peaceful garden beauty woven into many cemeteries from that era. Among her favorite graveyards are the Mountain View Cemetery in Oakland, the Stockton Rural Cemetery and the old Immaculate Conception Catholic Churchyard Cemetery in Sutter Creek. It was locations like these that gave her the material for “Stories of the Forgotten.” The book’s Gold Country narratives span episodes from Camanche Reservoir to Jamestown, though the longest chapter in the collection is called “The Black Widow of Amador County,” and carefully brings to life the story of Emma LeDoux.

“Emma is definitely my ‘infamous’ in the book,” Rubio told me. “I worked on investigating her story for a long time. There are so many twists and turns in her saga, and I wanted it to be perfectly accurate – so I even recovered her marriage license.”

The strange and uncanny events that brought LeDoux notoriety in the 1890s practically jump from the pages of Rubio’s book, though the author also constructed her narrative in a way that allows residents to visit actual sites associated with the events, including a grave at the Ione Cemetery and Hein & Co. Books, which stands over the location of a former saloon LeDoux frequented.

As she has in other cases she has investigated, Rubio actually managed to make contact with one of LeDoux’s surviving relatives, her great, great cousin, which helped make the mysterious events around the “Black Widow” even more three-dimensional.

At its core, “Stories of the Forgotten” is a book about the lives of historic women. Some, like LeDoux, were startlingly independent for the times in which they lived. Others, like Nadine Purdy of Placer County, are examples of women who endured hard lives in hard times and ended their existences in tragedy.

Throughout writing the book, Rubio says she was keenly aware of the duties that come along with raising shades of the past through meticulous research.

“I’ve learned through the years that readers love having as much detail as you can give them,” she noted. “And it all starts in the cemeteries, looking for those names and dates that speak to you for some unknown reason. And then you start to do research on those names and find these amazing lives they’ve lived. At this point, I’ve made my career about telling those stories on behalf of people who don’t have a voice anymore.”

And the more Rubio remains on that path, the more important her own writing voice seems to become."
---By Scott Thomas Anderson, Nov 15, 2016 (Sierra Lodestar)

Amador In Action: The Walls Are Talking Once Again -- 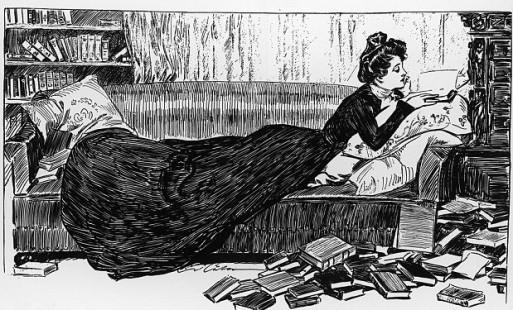 "J’aime Rubio never stops digging into the past, no matter how dark it gets.

When journalists uncovered problems with a 57-year-old murder case in Ione, Rubio tracked down where the accused killer lived decades later in Los Angeles. When the broken top of a woman’s headstone went missing from a legacy cemetery, Rubio did the detective work to find it abandoned in a different graveyard more than 90 miles away. When the entertainment industry tried to exploit Preston Castle’s history of heartache with gross exaggerations, Rubio found the documentation to knock down each and every salacious story.

Now, with the launch of Rubio’s third nonfiction book, “If These Walls Could Talk,” there’s no shortage of ghost hunters and paranormal probers who find inspiration in its broad map of yesteryear. That’s fine with Rubio, though she stresses that the most important mysteries around Preston Castle continue to lie in its history of social justice reform.

Rubio is a genealogical sleuth who’s been unpeeling Preston Castle’s past for more than a decade. Her first book on the brick monolith was published in 2012. “Behind the Walls: A Historical Expose of the Preston School of Industry” chronicled highs and lows that happened over a century at the penitentiary built to house young men. It delved into more detail about Preston than any piece of writing since John Lafferty’s book on the institution published in 1994. On many levels, “Behind the Walls” may have pushed even further into the school’s mystique than any project before.

Now, Rubio releases the results of an additional five years of research on Preston in “If These Walls Could Talk.” Unlike her first tome, this book dwells less on famous episodes at the institution and more on exploring the lives of individual wards who were imprisoned there.

“I look at it as a collection of little biographies,” Rubio said. “I wanted to have a book that delved into the experiences of the wards themselves. A lot of their paths took different turns, but what all of the people have in common is that they were all at Preston at some point in their lives.”

From page to page, her aim shines though in the book. In addition to offering enlightening windows on well-known personalities like Merle Haggard and Rory Calhoun, “If These Walls Could Talk” uses state records and other points of archival research to show just how tough life was for many of the boys. Rubio writes in detail about how some of these youngsters hadn’t even committed crimes, but rather were incarcerated pre-emptively because of poverty and lack of supervision. The fates of others, as Rubio discovered, were sealed for the pettiest of offenses.

One such case Rubio unearthed was that of a teenager named Willie Banning. In March 1905, Banning was arrested in Sacramento for illegally picking flowers from a yard on P Street. He was sentenced to eight years of confinement at the Preston School of Industry.

“In all the research I’ve done, that’s the first time I’d ever seen a boy get eight years at Preston for anything,” Rubio said. She added that mugshots reveal Banning was black, which makes her wonder about the case.

Whether it’s tales of tragedy or views into injustice, “If These Walls Could Talk” brings real case histories to bear on contemplating Preston’s long legacy. Herbert Cole, James Lopez, Andrew Malone and Jesse Noel Reed are all wards who come to life in its pages. In the instance of one probe Rubio worked on – that of researching Alan Smiley – she was even handed sealed files and lost photos from her subject’s own daughter. And that wasn’t an outlier.

“I had a lot of people reaching out to me,” Rubio acknowledged. “Many of them were just thankful that I was trying to help remember these wards. Hopefully people can see that I try to be respectful; and I do think that’s why a lot of families are happy to know their loved one is being written about.”

While Rubio has spotlighted examples of troubled teens eventually becoming happy, hardworking members of society, she hasn’t shied away from the biographies of others who came through Preston only to later end up on death row. These stark and dark tales often ended in Folsom Prison, or in the dim yards of San Quentin. Rubio’s book follows the trajectories of five different young men who Preston’s counselors evidently couldn’t help – five hardened faces that eventually wound up taking “the long walk.”

Rubio’s balanced approach to the book – the line she walked between hopeful inspiration and hard reality – is getting praise from other Preston experts, including Lafferty. Before Rubio started her research, Lafferty’s book was among few sources of verified information that could be found on the reform school. Since embarking on her own voyage into Preston’s history, Rubio has stayed in contact with Lafferty, often seeking his advice and double-checking her own findings against his vast knowledge of the institution. With Lafferty in her corner cheering her on, Rubio is hopeful that “If These Walls Could Talk” will give readers their most penetrating window yet into a lonely castle-prison. For Rubio, it’s all about understanding the plight of those forgotten wards.

“It’s still the biggest focus of all my work,” Rubio said of rediscovering lost personalities. “My mission is to give a voice to people from the past that just don’t have a voice.”

And in following her own path as a writer, Rubio continues to be one of Amador’s most relevant voices on the page."---
By Scott Thomas Anderson,  October 17, 2017 (Sierra Lodestar)